Let’s start with delirious… my natural state of mind.  Why, you might inquire, am I feeling a tad euphoric today?  Well, mainly because my last “Adam Gold Mystery,” which is titled, RANSOM ON THE RHONE, just received the Honorable Mention Award (2nd place) at the 4th ANNUAL BEVERLY HILLS INTERNATIONAL BOOK AWARDS!  This marks the third award for this particularly book, which as the title suggests, takes place on the Rhone River in France.  I wrote this one after taking a week-long cruise with our great friends, Barbara and Max Talbott.  The best part of writing the book was re-living our river adventures and remembering all of the great people and ports that we encountered.  (By the way, since April 15 is right around the corner, I should mention that the entire voyage was tax deductible.  Yes, even the wine and caviar!)

And since we are on the subject of awards…  I am proud to share some other wonderful news with you…  THE SECOND MOURNING, my semi-brilliant book about the Garfield assassination, just won its 13th book award last Wednesday!  The 2016 Great Northwest Book Festival chose my book as “Honorable Mention” in the General Non-Fiction Category.  This is a much tougher category (more submissions) than the History Category, so I was thrilled to become a “chosen one.”  (A little Passover humor!)

Before I forget, congratulations to Marvin Stern from Salt Lake City, Utah.  (Mr. Stern won last week’s photo trivia contest.)  He was the first to correctly identify the location as Cove Boutique in Austin, Texas.  (A gorgeous boutique for the ladies on South Congress Avenue.)  Actually, Judge Susan Marquess (the famous “hanging judge” of the Hill Country) was the first, but since she is family, she was promptly disqualified.  Incidentally, she’s called the “hanging judge” because she goes from store to store hanging up clothes.  Odd hobby, but who am I to…  judge?

When I was teaching public speaking at St. Edward’s University, I would always remind my students that it was normal to feel nervous at the podium.  (Survey after survey shows that the two most feared social situations for young folks are:  1.  Going to a party filled with strangers.  2.  Giving a speech)  Oddly enough, these are the very two situations that all writers must deal with in order to market their books.  Hence, my teaching career was great preparation for this book gig, which involves a lot of public speaking before strangers.  (and free food and drink, too!)

As an example of the above, I had the pleasure of attending a book signing up in Mason, Texas, last week.  (Mason is a charming little town perched on the western edge of the Hill Country.)  After a hearty breakfast, at the Willow Creek Cafe, I strolled over to the Mason Square Museum, which contains some fascinating artifacts, including a massive, 6,480-carat chunk of blue topaz!  I offered to trade several books for the topaz, but the curator turned me down.  (I wonder if Stephen King is forced to suffer such indignities?)  In any case, the Mason County Library now contains several copies of THE SECOND MOURNING, so if you’re ever in the area, “check out” the books!  (Incidentally, if you want to look for topaz, you can go to the Bar M Ranch, just west of town.  They allow private digging for a reasonable fee.)  Try not to hit their sprinkler system, like you-know-who did!

In closing, I would remind my Texas friends that spring signals the start of snake-mating season, so be very careful.  Each year, several people die from snake-bite here in the Hill Country.  I strongly advise everyone NOT TO BITE A SNAKE!  (Slim-Jims taste better and are very affordable.)

With that being said, I shall take my leave of thee.  Hopefully there is a photograph below this hysterical blog post.  If so, be the first to correctly identify the location and you will win a marvelous prize.  Until we meet again, I remain, 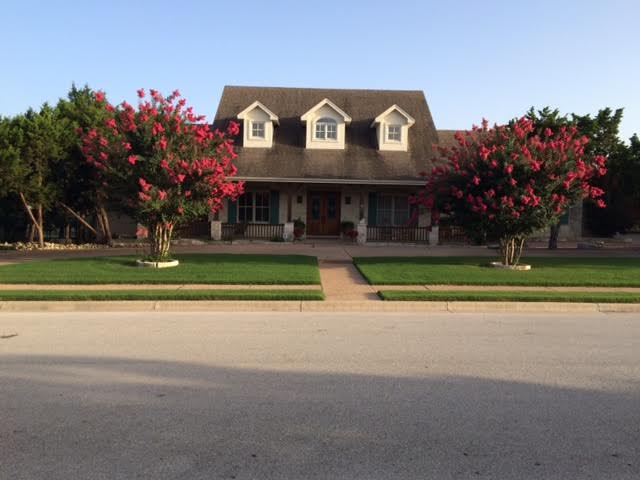 Please give proper credit if you use a photo or idea by linking back to the original post here at stephengyanoff.com.