… Do as the Romans do!  Which means, eat plenty of pasta, drink lots of Chianti, and speak with your hands.  No problemo!  Our motley crew arrived in the port of Civitavecchia at 6:45 a.m. on Sunday, shortly after sunrise.  As a reminder, we left Venice 10 days earlier, and began our high seas adventure in wonderful fashion.  (Our clothes were clean at this point!)  We all loved Venice, but be aware… the streets are often filled with water.  (Just saying)  In any case, we hired a driver in Civitavecchia (Franco “The Flash” Farengetti) who safely drove us to Rome and only broke the sound barrier three times.  During the first leg of our extended voyage (Venice to Rome) we sailed 1,700 nautical miles, mostly on water.

The game plan called for a 3-day stop in Rome, which gave us plenty of time to re-visit some of our favorite haunts.  First stop was the Vatican, which was nice, but it needed a woman’s touch.  (Not happening!)  Just to be contrary to ordinary, we decided to stay at a most unusual boutique establishment…  The Inn at the Roman Forum.  As the name suggests, the hotel is built adjacent to the Roman Forum, which is where a lot of the action took place.  (When it came to Caesar, you were either forum or against him.)  Our charming quarters were built directly over an ancient pathway to the Forum, and we were allowed to explore the ruins to our heart’s content.  Very cool, especially for an amateur archaeologist like me.

Whenever I go to Rome, I walk a lot, and this visit was no exception.  Our hotel was in the southern section of the city, but we walked up to the Spanish Steps (and further north to Borghese Gardens) not once, not twice, but three times!  Each outing was a least 5 miles, but I’m glad we chose to walk.  (The more you exercise, the more gelato your body can absorb.)  OMG, did we mangiare!  I am now convinced that I was a gladiator in a previous life.  (Or maybe the owner of a gelato stand.)  The only thing I didn’t like about our hotel were the towels, which were large and fluffy.  They were very difficult to fold up and hide in our suitcases.    And speaking of packing…..  I told my wife NOT to bring anything she didn’t really need… so she left me behind!
Rome is often called “The Eternal City,” but now that it’s overrun with tourists, they are contemplating a name change.  (I suggested “The Infernal City.”)  While walking about, I remembered the old saying:  “Rome was not built in a day.”  (It just looks like it!)  Streets and roads start and end without warning, and one wrong turn will bring you to the Trevi Fountain, the “pickpocket capital of the world.”  In order to outsmart any would-be thieves, I kept my gelato in my pants pocket.  (Have you ever heard of crotch chill?  Horrible malady.)  Nevertheless, we had a marvelous time in Rome, highlighted by a wonderful visit to my favorite poet’s house…. John Keats.

Mr. Keats was one of the “Big Three” poets of the early nineteenth century.  (Along with George Gordon, Lord Byron and Percy Bysshe Shelley)  For Keats, truth was beauty, and beauty was truth.  Sadly, he died from tuberculosis in Rome on February 23, 1821.  I suppose his best two poems are “Ode on a Grecian Urn” and “Ode to a Nightingale.”  Visitors to Rome can find his villa at the bottom of the Spanish Steps.  (Most of the decor is not original, but it’s still a fascinating place to wander around in… and there’s also a resident ghost!)  If they sold gelato, it would be a perfect spot.

So what else is new?  Well, we celebrated the Princess of Portugal’s birthday on Friday.  Yours truly sprang for a lobster festival in her honor, and had I thought to bring my wallet, it would have been a perfect evening.  And speaking of perfect evenings…..   Last night the birthday festivities continued with a GALA dinner at the lovely home of Mr. & Mrs. Talbott, the un-official ambassadors of the Texas Hill Country.  Ms. Barbara’s home was beautifully decorated with all sorts of Christmas items, and as always, the food and wine were simply incredible.  We did not exchange gifts, but my wife managed to steal a couple of silver spoons and one knife.  (Luckily, on the way home, we came to a fork in the road, so we had one complete setting.)

Lest we forget, Christmas is right around the corner, and there is still time to order your complete set of the “Adam Gold Mysteries,” or if you love history, you might want to order a copy of THE SECOND MOURNING or TURBULENT TIMES.  These books would make a truly memorable gift, and the royalties would allow me to continue a life of unbridled decadence and obscene pampering.  (Hey, if it was good enough for Keats, it’s good enough for me!)

Stay tuned for more travel adventures, because after 3 days in Rome, we flew to Athens and took a 7-day cruise around the Greek islands.  (Eat your heart out, Keats!)  I will be sharing our adventurous exploits in future blogs… so be here or be there.  (What?)  Never mind, just come back.  Have fun shopping and  don’t get stuck in traffic.  (Traffic is AWFUL this time of year in Austin.  The other day I was passed by an abandoned car!) 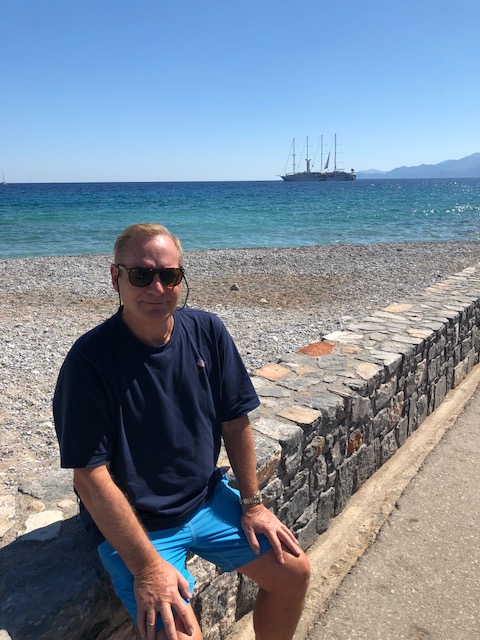 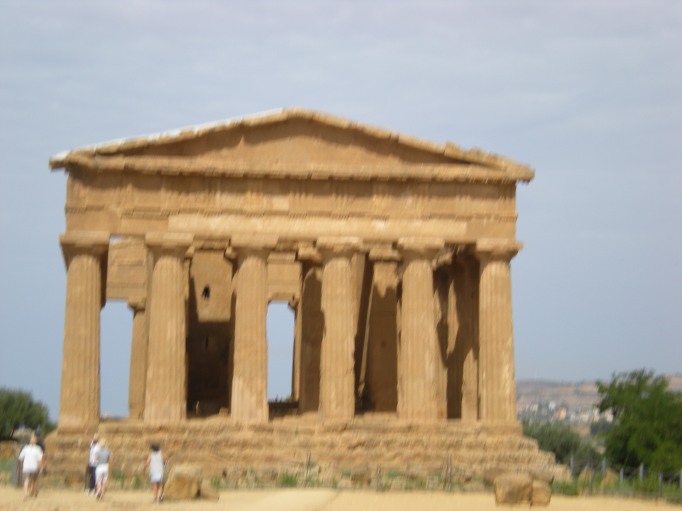