Yikes, this is starting to sound like my honeymoon!  (except for the action)  However, I implore you to remain calm.  The above headline refers to my recent foray into the wicked wilderness of Hollywood.  I parted ways with Brad Pitt’s production company after he dumped what’s-her-name, but don’t cry for me, Argentina, because I have recently been solicited (be nice) by a famous firm that specializes in oral gratification.  (Audiobooks.)  What did you think I meant?)

In any case, this illustrious firm wants me to read and record ALL six of my mystery novels and both of my history books!  This may sound good to you folks, but it would mean reading my own books, and I’m not sure I want to go down that road. No offense, Doc, but I wrote the books, so I already know what’s in them.  (I’m talking to myself again!)  In all, or mostly seriousness, I will probably pass on the offer for one reason…..  I would have to spend at least two months in Los Angeles, and there is no way in hell that’s going to happen.  (You need a crowbar to get me out of Texas these days!)  Still, it was a very sweet and generous offer, and maybe they can find somebody else to read the books.  Any volunteers?

Speaking of “show business,” last night’s show at the Lakeway Activity Center was marvelous.  This year’s theme was “Vaudeville & Beyond.”  The auditorium was sold-out, and for good reason.  Among the stars were two of my dear friends, Jaime and Gary Rubenstein.  Jaime has a voice like an angel, and Gary is one of my many, many comedy proteges.  Last night, Gary provided most of the laughs.  (Mainly backstage)  but he also did a fabulous routine dressed as a “mature woman.”  He looked simply fetching.  (But as I told him earlier, that would be “fetch” as in “fetch, boy!  Fetch!)

There were a number of (semi) famous Lakeway celebrities in the audience, including my publicist/booking agent/straight-man, Ms. Sheila Niles.  (and her hubby)  Mr. & Mrs. Larry Frieden, Pat Cutrone, Denise Williamson, and Barbara & Max Talbott.  These poor folks had to share the table with me, but they all survived the evening.  (More or less)  Congratulations to everyone in Lakeway who put on another great performance!  (Hopefully they will soon produce my musical comedy.  The play about President Garfield’s assassination.  Tentatively titled, “A STREETCAR NAMED PERSPIRE.”)  Should I have gone with “DESIRE UNDER THE ARMS?”

Incidentally, I will be dining with the Talbotts, Judge Susan, Baron Lee, and the Princess of Portugal this evening.  (Baron Lee wanted to go to Round Rock Donuts, but I’ve convinced him to try The Blind Squirrel Sandwich Shop.  (Believe it or not, this is the actual name of the place!)  They offer a lovely confit of beef brisket on Texas toast, and they have a dessert that should be called the “Dr. DeBakey Special.”  Ready for this?  Peanut-butter-bacon cookies!  Yuumy, yummy, I’ve got cement in my tummy!

In closing, I want to remind you that life is sexually transmitted, so be careful out there.  Then again, you might wish to view healthy as merely the slowest possible rate at which one can die.  Depends on whether you view the glass as half-empty or half-full, or simply as another item I left on the kitchen counter.  The choice is yours, so take your time.  (What the hell are we talking about?)

Well, I must leave thee.  Enjoy your upcoming week, and if you get a chance, try to figure something out for me.  (I began to think about this when I was teaching at St. Edward’s University)  If quizzes are quizzical, what are tests?  (Do NOT send your answers through the mail!) 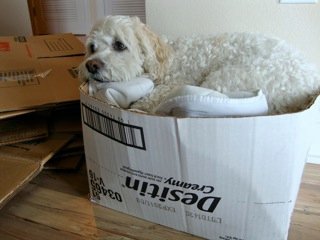