Yikes, that sounds like the title of a porn movie!  Don’t get your hopes up.  (Or anything else.)  Debbie was the name of our tour guide, and had she not incurred a minor bicycle injury, I’m sure she would have met us at the pier.  However, since Dangerous Deb did not show up, we toured Dubrovnik on our own.  Well, almost on our own.  We were lucky to meet a charming and intelligent couple of Brits, whose names are Roy and Carol.  These nice folks now live in Thailand, so we decided to “Thai one on” with them!  Smart move on our part.  Roy was kind enough to rent a boat, so we puttered along the lovely shores of Croatia and saw some memorable terrain.  We spent most of the morning laughing and getting thrown out of churches, and a great time was had by all.  (I shall post their photos, the one used by Interpol, at the end of this blog.)

Dubrovnik is a spot I have been to once or twice before, and I always enjoy visiting this historic city.  (Which, of course, bills itself as “The Jewel of the Adriatic.”)  Believe it or not, the city is also called “Little Venice,” but since I’ve already made some disparaging remarks about the Venetians, I shall let that one pass.  (Euros are NOT used here!)

Just for the record, Zagreb is the capital of Croatia, which currently has a population of about 4.5 million people.  (and 7.9 million goats)  The most interesting part of Dubrovnik is a place called “old town,” which by strange coincidence, is an old town.  (Established in the 7th century.)  The Croats, having no access to the Internet, built a wall around the city, making it difficult for tourists to avoid exercise.  (Lots of steps)  Of course, there weren’t many tourists during the 90s, when those pesky Serbs started dropping bombs in the countryside.  Fortunately, the city remained unscathed, and it is now quite popular with the jet set.  (and the cruise set, and the driving set, and the walking set!)

Nevertheless, I would certainly recommend a visit, and would also suggest that you rent a boat and see the magnificent coastline.  Dubrovnik is actually on the UNESCO World Heritage List, so they must be doing something right.  Incidentally, they actually offer a yoga class in one of the ancient castles in old town.  (I haven’t tried yoga, but I have bent over to pick up my keys, so I’m pretty sure I wouldn’t like it.)  While I was waiting for the wife to finish her class, several Croats came up to me and asked for directions.  Sometimes I wonder what happened to the people who asked me for directions.  Just saying.

So what else is new?  Well, as you might have read in the NYT or the Washington Post, my history book, TURBULENT TIMES, just won another literary award.  Last Friday I received the Gold Medal for the 2018 “Outstanding History Book of the Year” from the IAN.  (Independent Author Network)  This marks the 10th award that the book has received, and as you can imagine, I am quite pleased.  (And a little astonished)  My sincere thanks to all of the wonderful judges at the IAN.

Well, I’d like to stay and chat, but it’s time for a bowl of corn flakes.  You know, it’s 2018.  You’d think that cereal boxes would have ziplocks by now.  My wife went to exercise class, so I have to serve myself this morning.  Which reminds me…  sometimes, even after all these years, I wake up in the morning, look over at my wife and think:  God, is she lucky!  (Just saying)

I do hope that you and yours have a safe and joyful week.  We shall chat again next Sunday, when yours truly will be highlighting a remarkable day in Corfu, Greece.  (“The Jewel of the Mediterranean”)  Until then, love to all, 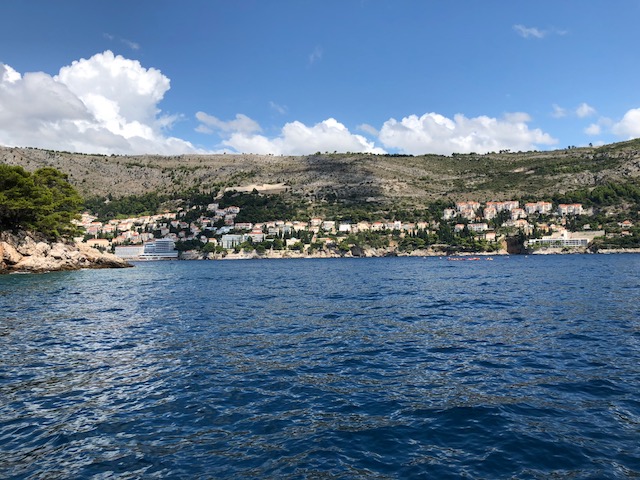